One of the major factors for wide SysML and MBSE deployment in large industrial projects is the management of Interface Control Documents (ICDs) [1]. ICDs are at the center of systems engineering processes in most industries, and that is not supported in a straightforward way by SysML. [2]

Interface Control Documents, known as ICDs, are widely used in all industries, at different levels of system development and verification processes.[2]

“An Interface Control Document (ICD) describes the interworking of two elements of a system that share a common interface. For example, a communications interface is described in terms of data items and messages passed, protocols observed and timing and sequencing of events. An ICD may also describe the interaction between a user and the system, a software component and a hardware device or two software components. This class of document is typically used where complex interfaces exist between components that are being developed by different teams. It is jointly prepared by the interfacing groups. [3]”

What ICD may describe?

There are multiple types and styles of ICD documents in a traditional document-based world.

How SysML and modeling tools will help supporting ICDs?

The next version (v18.3, 2016 January) of Cameo Systems Modeler will support the following ICDs.

A Blackbox ICD Table represents all external Ports and interfaces of the System (Block). 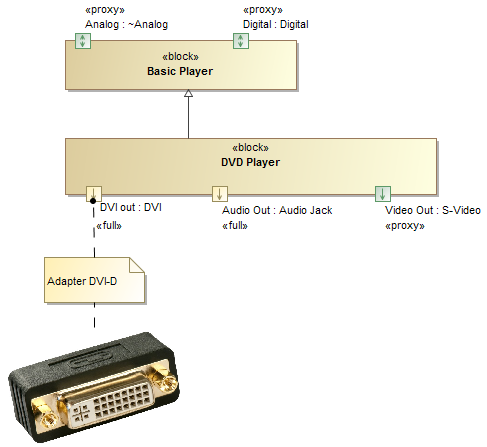 The views for system components interface are generated automatically from the system model. This provides up to date, efficiently managed, and fully featured model-based ICDs. The true model-based document-free approach is supported, along with all the capabilities of table export to document (images, html, .xls, .csv files).

ICDs table support is planned for the beginning of the next year, along with the v18.3 release. Check what’s new in Cameo Systems Modeler 18.3 FR.