One of the common objections I’ve heard to adopting Model-Based Systems Engineering (MBSE) is that it is prohibitively expensive.  The tools used to perform MBSE are more expensive than tools previously used to perform Systems Engineering.  The costs associated with training an existing Systems Engineering workforce in the methods, semantics (languages such as UML or SysML), and tools (i.e., MagicDraw, Rhapsody, Enterprise Architect, etc.) necessary to implement MBSE practices on a large scale are not insignificant.  For a lot of people it’s easy to make the claim that there is not room in any single project’s budget to justify the investment required to adopt MBSE when their organization already has practices in place that are “good enough.”

While they’re not always referred to as use cases, when a stakeholder puts their analysis into context they often do so using some form of a use case (they can be referred to as sequence diagrams, operational scenarios, functional flow block diagrams, etc.).  Additionally, their architectural concerns are usually documented in some kind of block diagram.  Once the stakeholder has created a use case to provide context to their analysis, and created a block diagram to document their architectural concerns they typically derive some requirements that may at some point be injected into some kind of requirements repository.  What’s expensive about this is that when an organization is not using MBSE the work of creating use cases, block diagrams, and then deriving requirements lends itself to a lot of redundancy.  While each stakeholder will express their own concerns, the use cases and block diagrams they’ll create will typically communicate a lot of the same information, which means multiple stakeholders will be redoing the same work. 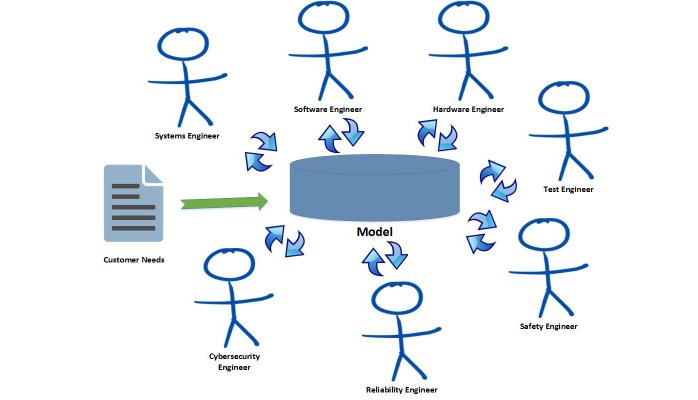 When MBSE is used properly all stakeholders can refer to a single model that documents the context and the architecture of the system.  Rather than each stakeholder duplicating work by created completely new use cases and block diagrams, they can update a model that is maintained by an architect to express their concerns and document the results of their analysis.  This means that the opportunity for cost savings increases with every additional stakeholder that treats an architecture model as their primary artifact.

While the upfront investment of adopting MBSE is significant, the savings realized by reducing the amount of duplicate work performed by multiple stakeholders during the development of complex systems can greatly outweigh the investment when MBSE is implemented in a practical manner.