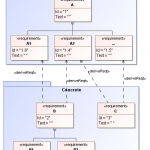 This document proposes structuring and styling rules that help writing requirements using the SysML language as well as specific MagicDraw capabilities that support this process.

In this guide, we share No Magic, Inc. experience using the SysML language for developing MagicDraw product itself. We hope that this document can lead to a two-way sharing of experience and ideas – if you as a reader have suggestions or questions, you are very welcome for a discussion.

The requirements within a project should be expressed in the “shall” form stating how the system should work instead of specifying what has to be changed from the current state. 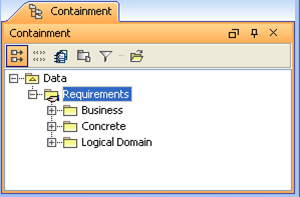 The Requirements package should have three packages under it (see Figure 1):

Figure 2 summarizes what has been described so far. It shows the dependencies between the requirements in top-level requirement packages expressed as «derive» relationships. 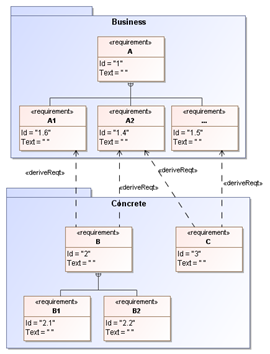 Contents of the Business Requirements Layer

The root requirement should be named the same as the framework/tool/plugin is named (without version), e.g. Cameo Infrastructure.

The sample structure of the Business package is shown in Figure 3. There is a root requirement under this package and a single diagram graphically representing it. There is also a bunch of packages which contain requirements derived directly or indirectly from the root requirement. 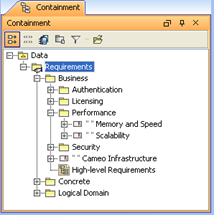 Figure 3 Structure of the Business package.

Contents of the Concrete Requirements Layer

Sample structure for the Concrete package is shown in Figure 4. 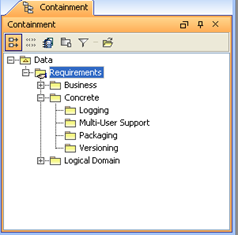 Figure 4 Structure of the Concrete package.

Domain models should be owned by the Logical Domain package (see Figure 5). Each package should be structured on its own. Package structure should be created in accordance to the logical parts of a modeled system. 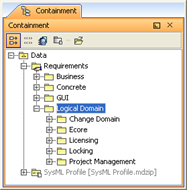 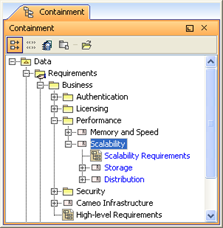 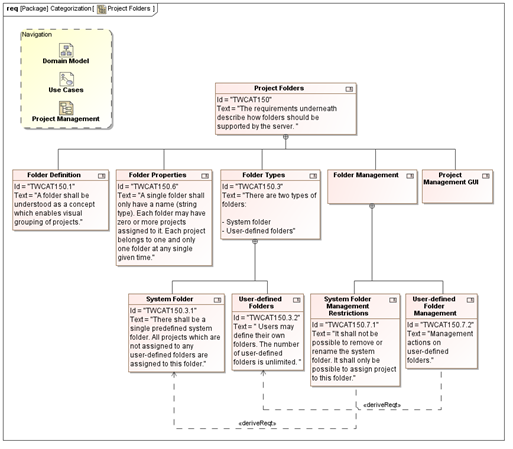 There should be mainly two areas in each requirement diagram (see Figure 7 for an example):

Requirements in the Requirement modeling area can be laid-out in three different ways:

Note: This section only describes three layouts that are most common, however depending on the situation you can layout requirements differently, e.g. when you have only derived requirements in a single diagram you may want to use something different. 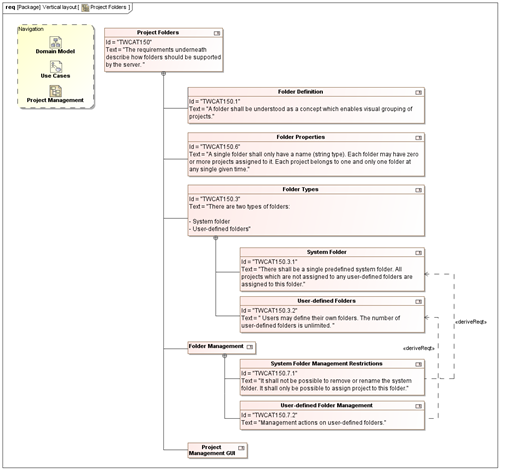 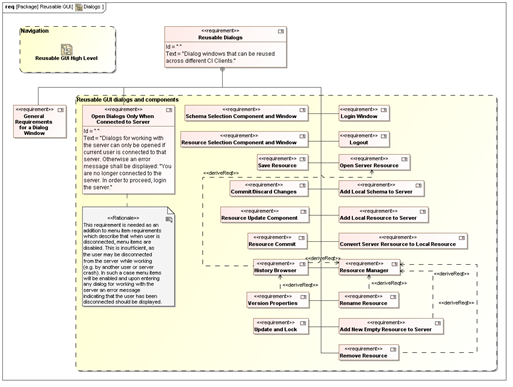 Requirements should have hyperlinks to the requirement diagrams in the following cases:

It is recommended to use a single template for modeling all GUI requirements. An example of such a template is described in this subsection.

A sample requirements diagram of the Open Server Project window is shown in Figure 11. 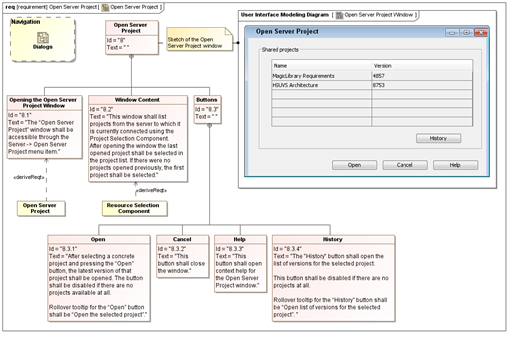 When writing requirements in SysML a question when to decompose a requirement into other requirements arises quite often. The rules here are as follows: